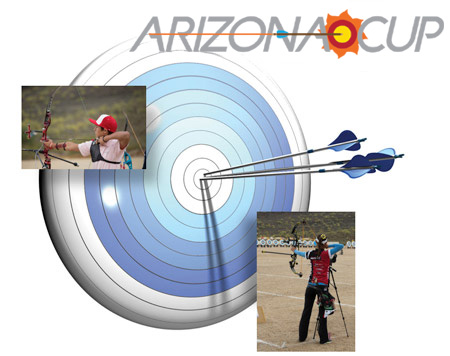 From its founding in 1989 in Tempe, Arizona, at Arizona State University, the Arizona Cup quickly grew in size, expanding beyond its founding location and moving to the Ben Avery Shooting Facility in Phoenix, Arizona, in 2001. This year we celebrate our 34th anniversary, with each year having marked steady and healthy growth. The 2023 USA Archery AAE Arizona Cup is a U.S. Archery Team Qualifier Series Event (USAT), a prestigious event that draws top archers worldwide.

Welcome One and All

Male and Female, Recurve, Compound and Barebow, we welcome a dynamic group of international archers from around the globe.

All participants must be members of USA Archery (USAA)
(or) must be a member of a World Archery Member Association. A country may have an unlimited number of archers in the qualification or individual elimination rounds.

If you are not a member of USA Archery, you must purchase a Temporary Membership from USA Archery in order to compete.

World Records can be achieved by WA recognized members.

My country is not sending a team, can I still compete?
Yes, this is an open tournament and you can register directly with the tournament as an individual. If you are not a member of USA Archery, you must purchase a Temporary Membership from USA Archery in order to compete. https://www.usarchery.org/memberships/become-a-member/temporary-membership

We've made it easy to register...